Tasked with carrying out the state’s well-plugging program, the Railroad Commission is again exceeding expectations.

Already the agency has plugged 1,083 wells with four months to go. While agency managers couldn’t pinpoint a specific date for meeting the goal, they tell the Reporter-Telegram by email that, with more than 75 percent of the goal already being met, the target should be met before the Aug. 31 end of the fiscal year.

“With the current well-plugging rate set to exceed our legislative goal for this fiscal year, I am proud of the Railroad Commission’s commitment to health and safety standards in Texas,” Christi Craddick, commission chair, told the Reporter-Telegram by email. “Ensuring that wells are plugged in a timely, safe, and responsible manner has always been a priority for me and the agency and will continue to be important as we move forward. I appreciate our staff who work hard to identify, assess, and plug abandoned wells, and the legislature for continuing to fund this critical program.”

Railroad Commission Director of Field Operations Clay Woodul said in a statement announcing the achievement, “We’ve picked up our pace plugging wells in recent months. During the last fiscal year, the pandemic posed special challenges to ensure the safety of contractors plugging wells and RRC field staff overseeing those operations, but we have clear protocols in place to ensure the work can proceed in a timely manner.”

In addition, Andrew Keese, spokesman for the agency, told the Reporter-Telegram, the achievement has roots in improvements to the State Managed Plugging Program made several years ago when staff took a close look at the program and streamlined internal processes. That, Keese said, along with improved employee retention, has contributed to its success in exceeding legislative goals.

“This is a win for our state and all Texans,” said Wei Wang, RRC executive director, in a statement. “These wells on federal land were not part of the state’s well-plugging program, but Padre Island National Seashore sought out the RRC because of our expertise in overseeing plugging projects. Our collaborative work with the park not only helps protect a natural treasure for future generations to enjoy, but it also helped provide jobs for some of our state’s oil and gas workers.”

The State Managed Plugging Program is funded through oil and gas industry revenue, including, but not limited to, well-plugging reimbursements, fees and financial securities paid by the industry. 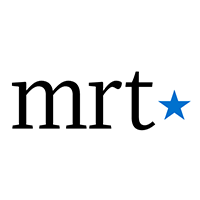