More American Energy Security, Brought to You by Fracking

By North Texans for Natural Gas

A new report from the U.S. Energy Information Administration (EIA) shows that natural gas imports last year were at their lowest level in almost 30 years. Thanks to fracking, U.S. natural gas production has increased significantly in recent years, while net imports of natural gas have dramatically declined since 2007.

As the report notes, the increase in U.S. natural gas production provides Americans with some great benefits: 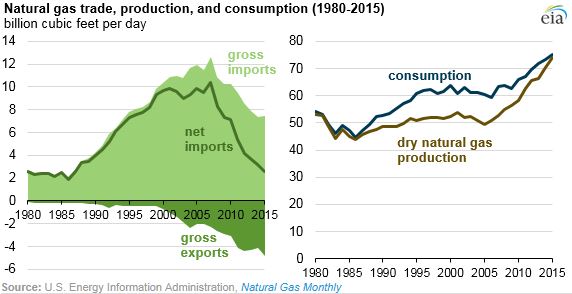 But the benefits don’t stop there.

As domestic natural gas production increased, so have U.S. natural gas exports. In fact, EIA expects the U.S to become a net exporter of natural gas by mid-2017. Since 2012, the U.S. has added a huge amount of export pipelines with Mexico and Canada. With increased capacity, exports from the U.S. to Mexico increased by almost 125 percent since 2011 – and it’s only expected to get bigger.

According to the report:

“The natural gas industry plans to build 5.4 Bcf/d and 3.4 Bcf/d of additional export capacity to Canada and Mexico by 2019, respectively.” 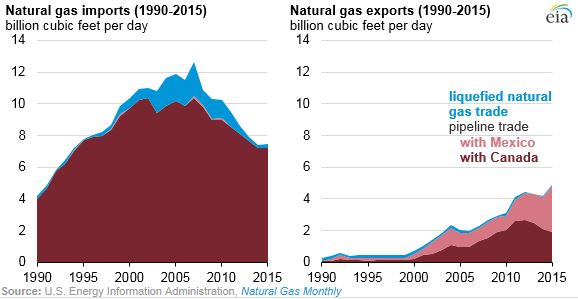 Thanks to fracking, natural gas imports are at their lowest level in three decades – and our nation’s energy security keeps improving. Of course, Americans are also paying less on their monthly energy bills, and U.S. produced natural gas is helping to power the world.

All we can say is: THANK YOU, FRACKING!